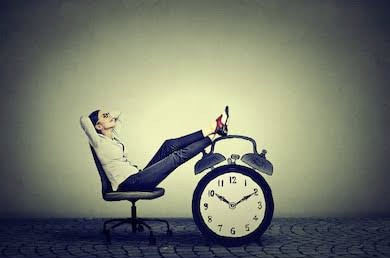 The real-estate value by size (not sure by its inhabitants) of its occupancy or even its known contribution to the vast expanse of our galaxy would be ridiculously negligible. I wouldn’t even want to attempt comprehension of its market value in the comity of galaxies or worse, universe… if any such concept were to exist.

In this ridiculously negligible span of time that we, the invisible denizens of such a ridiculously otiose pixel in the unimaginably vast screen of the universe, while away that precious, unreplenishable resource, cosmically gifted to us, with the caveat that, not a single unit can ever be saved, bought or retracted…

Divinity is abound with innumerous tales & instances where even the all-powerful deities or prophets or messiahs… staunchly refused to tamper with what they called as predestined preordained action of a particular point of time. They, with their divine cosmic superlative powers could have commanded the all pervasive “time” to change its course of any of those undesirable actions that led to events in time of en masse destruction of mankind, erosion of the morality, vanquishing of the virtuous, debasement of the innocent, genocides perpetrated by repulsive cruelties of few, putting the very existence of this mote of dust, meaninglessly suspended in the universe into peril of its own survival… why, even their own death, sometimes inhumanly, when they chose to incarnate as a human being… for the purported good of the same species which condemned them to their cruel end here. Thus the divine themselves ordained their most unique of all creations … time… as indestructibly unreplenishibly supreme.

Merriam Webster calls “time” as a nonspatial continuum that is measured in terms of events which succeed one another from past through present to future. By that standards, the continuum can thus, also be inversely measured in terms of non-events – non-actions – non-respect to its existence, non-valuation of its being unreplenishible… in short by its criminal wastage. Mankind in its majoritarian perspective must be notorious in the annals of universe’s history – if there is such a thing, as I presume there is… for its cruel expenditure of this scarce resource in the pursuit of nothing. All the while, merely choosing to exist in the megalomaniac imaginations of self-delusional importance, of their own infallibilities, of their own indispensability, of their own gloated bloated egoistic self-worship, in such pursuit’s absence, dooming this speck of dust from rotating in its own axis and revolving in the glory of the self-declared importance of the self-professed messiahs of humanity.

What we certainly don’t choose… at least many of us… is to accord the divinity and importance to this most celestial of all that the divine ever bestowed to mankind – “time”. The facets of the time accorded to mankind’s existential roadmap, hasn’t really changed metamorphically over the thousands of years of its evolution. The way we are born. The way we grow, infancy, toddlerhood, teenage, sophomore years, adulthood, middle-age, geriatric phase… all the biological milestones have been quite the same since the advent of the BC/AD bifurcation of Time. What perhaps is unique to each of these phases is what we make of it… to some stage what circumstances make of us and after some stage what we make of those circumstances. The millions of marked and umarked graves over the tens of thousands of years of the existence of humanity are a gruesome testimony to the fact that “Time” could really move on without an iota of any visibly recorded glitch in its own ordained journey. Or any remorse towards its disrespect by its prisoner. It doesn’t matter to “Time” what you make of it. It matters to “You” what you make of the ridiculously short amount of “Time” granted to “You”.

And we still, all knowing… all knowledgeable… all important… all indispensable… all powerful… somehow only preach about the value of “Time”. Like the author himself here is realizing as he writes this. Perhaps that must have been the intent of the guardian deities set over the author and helping him type out this homily… to perhaps realize the gist of the peroration and set on the path to maximize the efficiency of the limited resources of time allocated to each of us. We have somehow compartmentalized our robotic existence into chunks of 365 days. In the long range zone of the life.. for a large part we are chasing a mirage… many blocks of 365 days went away attempting to get good scores… many blocks of 365 days went away in recognition of the purpose of this existence … many blocks of 365 days went away in chasing dream jobs/means of livelihood… many blocks of 365 days went away dreaming about that elusive love and related paraphernalia… yet again blocks of 365 days went away in making a mark in the compromised means of existence… compromising with personal values and kowtowing to circumstances (as many choose to land in professions of monetary gratification rather than passionate pursuits).. now blocks of many 365 days … as you head to the last quarter of the average mortality…are in a chain going away in remaining relevant.. pleasing the unpleasable and hovering between the stinging peak of self-actualization where the likes of Monsieur Maslow have uncomfortably seated us and surfing the waves of the sophomore passions that never really deserted us. So if we had to eventually land in this risky zone.. what did we chase in the last three four decades of our survival.. what did we achieve.. where are we going.. what is the purpose.. before we get answers to this.. we will be either counting our savings and looking for ancestral property values or desperately creating the means of possible comforts that would make the ‘ultimate inevitable truth’ an easy exit and not as gory as the biologists these day are scripting for humanity or the insurers with their devastating factual statistics would have us believe. Testimony to this meaningless mortality in recent pandemic times are the lakhs of cadavers who were unceremoniously & disrespectfully expended into anonymity.. without a trace or without even according them the dignity of perfunctory rituals rightfully bestowed upon them by their creed.

So what did we chase. What happened to the ideals for which the epitomes of divine lived and died for. What happened to the reality of what they stood for. Where are even those who wanted to leave indelible imprints on the sand of time with their thesis of life and values. Where are those who lived in the exalted realm of the belief that the world would not do without them. Where are those who declared that the paths they propagated were the only paths of existence and the rest were the doomsday trails. Where are those who philosophized, prophesied, sermonized the indisputable facets of existence. Where are the giants of history or for that matter where are the dwarfs of mediocrity. All the rulers and the ruled, the tyrants and their victims, all the heroes and villains of time, all the poets and authors of repute, all the experts and the amateurs of anything worth a piece of thought, all the immortal lovers, prophets, thespians, philosophers, writers, dictators, freedom fighters, teachers, students, creators, parasites….all those significant and insignificant lives that treaded the paleolithic or neolithic paths of humanity and have become fossils in the vast depths of the sands of time.

What ever lived is the purpose… if they ever had any… in their own lifetimes… in its pursuit and achievement… within the limited confines of the apportioned nonspatial continuum that is measured in terms of the moments fully lived in serving the useful purposes of its meaningful existence, of the pursuit of passions that made your circumference of influence on this planet a notch better that you found it… in the allocation of a respectable meaning to your existence within the limited rim of allocated “Time” …and the joys of its achievement… in chasing and achieving the primal extraordinary that is genetically bestowed to the species of sapiens.. in its staunch refusal of thriving in the muck of the mediocrity that is the default setting of the societies currently evolving under the tutelage of its self-ordained masters who have muscled their way into owning & programming the mindframes of the androids of the sapien society… living their abominable lives poncing on the mindnumbed masses…

Let us choose our purposes carefully. For they will define the quality of our otherwise limited existence here. And to conclude my final thoughts on the original topic… Yes I believe that Time… Also is one of the Gods… for sure. For if the other Gods that ever recorded their existence on this small insignificant pixel of the Universe’s screen also refused to tamper/modify/influence/contort/customize/control this instrument of their (as we presume) creation – “TIME” then for sure it either must have been an ally from their own ilk or at least they divined it so much that we have but no choice to accept the inevitable truth.

Lets learn to respect this living God amongst us. And accord it the respect of meaningful purpose, value it with the preciousness it deserves and if not deify it.. at least respectfully value its abysmal shortage and span in our limited distance journey and maximize its efficiency in making our existence meaningfully utilitarian and excitingly influential.

Between the chasm of life and death… the way you lived out the allocated time.. will define the answer to the happiness quotient of its sum total and its relevance to you… your loved ones and your society.

As said Durden in the Fight Club… On a long enough timeline… the survival rate for everyone drops to zero..